Couple days ago “Fortune” writer Bernard Warner made similar observation, but his writing made it to Yahoo finance. 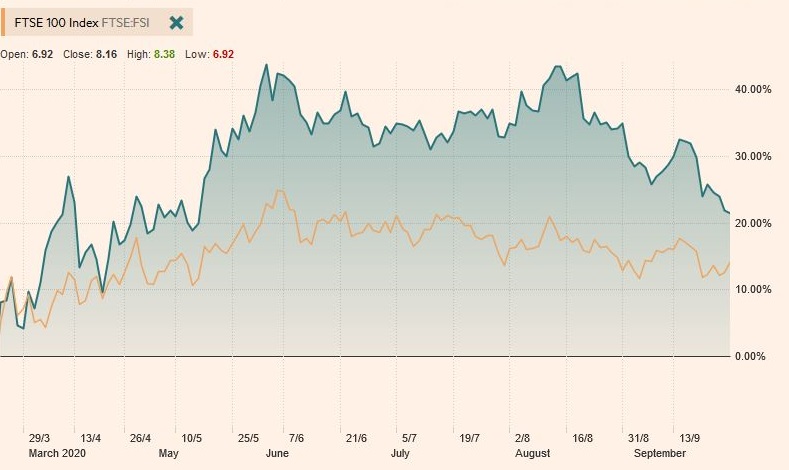 Figure1. British FTSE trading like an emerging market and trailing behind Russian index in 2020

Number one:
the UK is Country "A" FTSE is home to one of the oldest stock exchanges in the world where the rule of law is rock solid, and investors are afforded rigorous protections.
Russia is Country "B" is essentially a petrol state that ranks low on various financial freedom indexes.

This argument is false. The indexes are very similar.  Over 25% of FTSE100 are raw materials  and services companies (BP, Rio Tinto, Roll-Royce, Shell, etc).   Both suffered slump due to decline in raw materials demand. As for the freedom indexes there is massive decline in

Number two:
And yet to investors, the two countries are widely indistinguishable.
This argument is true. For the reason mentioned above.

Number three:
The one area where the two exchanges are woefully similar: They are both light on high-growth tech stocks.
This argument is true. Both funds lacking technical companies which will innovate and transform going forward.

As Russia is strong in energy, the UK is strong in finance services. Both are curses for the respective countries, suffocating innovation.   Could you believe my domestic the UK bank account is still using password and secret word to access it? Nothing else is required….

Number four: Both markets are quite volatile this year.   The problem with Bernard’s approach is notion that the UK is a competitor to the USA. Even when compared with German index for the past 25 years, the UK has always been a lousy performer. 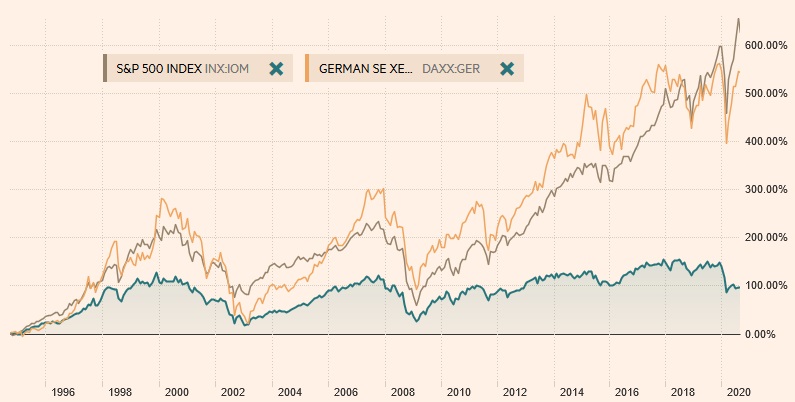 Bernard concedes to the data where investors pulled $0.6 billion from the UK in September alone, seeing the country a value trap. Valuations might be attractive, but fundamentals are not.  Investors see a lot of risks in the UK playing to much politics, sanctions at expense of the economy. This will lead to double dip recession.
While in Russia with first vaccine is registered and by November production capacity will be in tens of millions. By June 2021 everybody in the country will have a chance to get free vaccination and return to the business as usual.
Looking at Bernard’s record – churning our an article every day or two hardly leaves time for proper research on top of the other extracurricular activities as side incomes…
As Thomas Paine’s impassioned essay “Common Sense” played an important role in the founding of American nation, helping to awaken the American colonists to the understanding of the absurdity “in supposing a continent can be perpetually governed by an island”.
The UK needs to return back to the basics and focus on the citizens welfare and the economy, abandoning confrontation.

Posted by Personal Finance at 9:01 AM