I think that benchmarking, when used in the right context is a representative reflection of affairs, especially in finance where it is numbers game. I analyzed my portfolio performance and investment choices made.

These are better presented in a table (all sum of money is in thousands):

Here is the same information presented on a chart and “how and  why” this happened and what to do next. 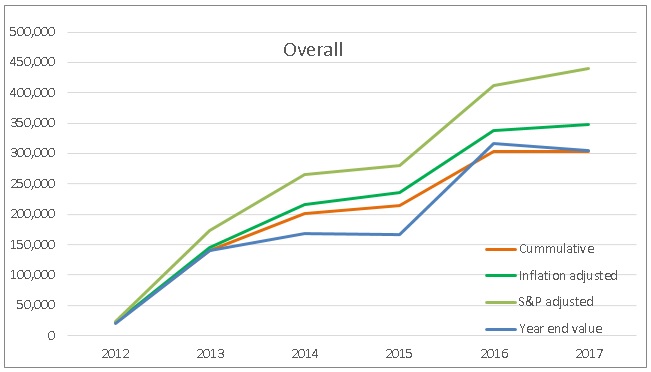 Asset specific in graphs, as picture paints a thousand of words. Gazprom performance between 2012 -2017, including dividends: 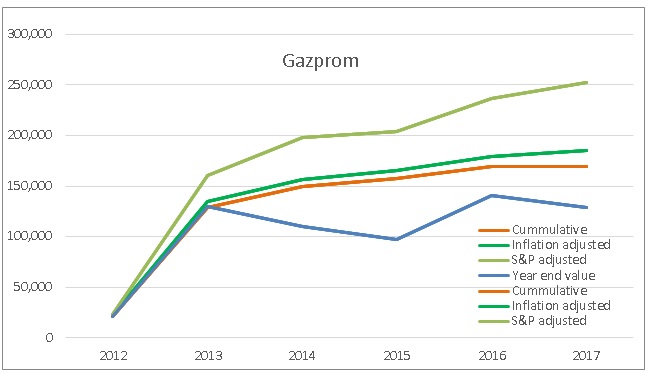 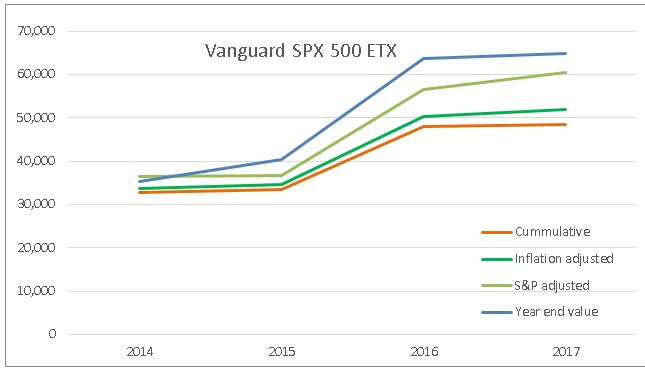 You see also Vanguard tries to mimic S&P500 there is differences. Admittedly there is many options on how to interpret S&P500 (with dividends reinvested or without, taxes, etc..) 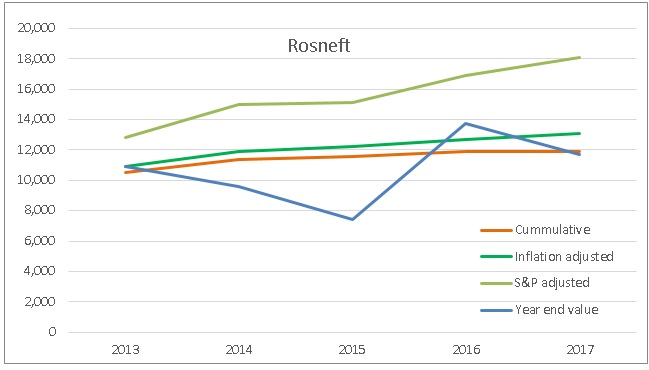 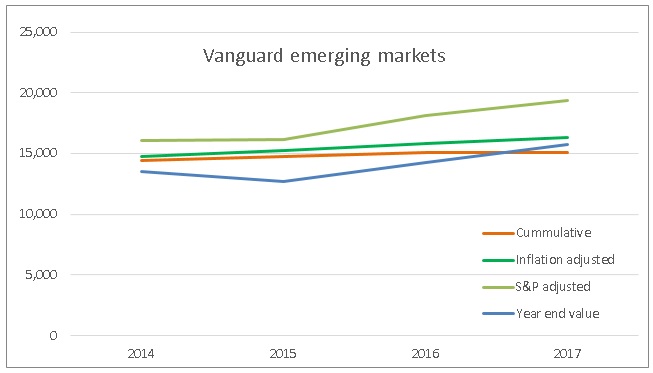 iShares core DAX performance  (2015-2017), in this fund the dividends are reinvested automatically: 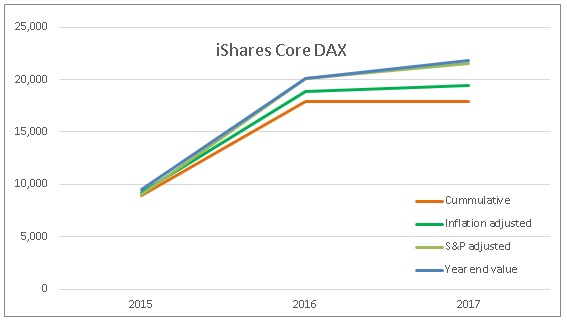 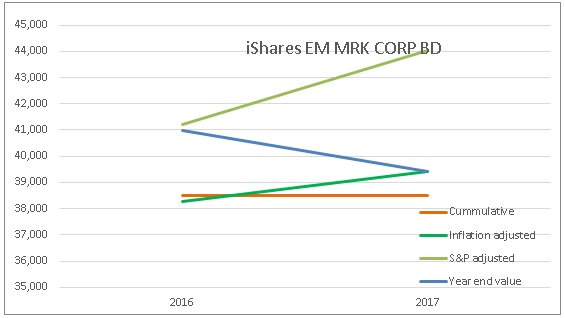 With raise of USD exchange rate, as well as federal reserve interest rate the value of the emerging markets bonds went down to reflect increased risk (all bonds are issued in USD).
iShares Emerging markets sovereign bonds  ETF performance (2016-2017) including dividends: 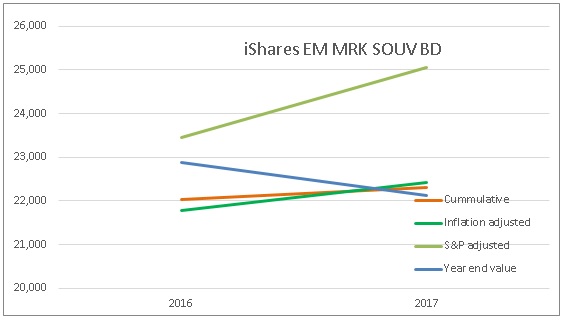 Financial independence portfolio review performance outcome:
I used to focus on “cash engines”, which generate good dividends rather than growth. This was with intention to reach relatively quick financial independence.  In 2016 over $10,000 after taxes was generated on portfolio of $316 K or ~3%.  S&P would generate only ~ 1.5-2%. This now has changed and I no longer can afford to invest so much money.
Lessons learnt: invest in growth and when you are ready to go financially independent convert it into cash engines.  For example,  if you accumulate $2 mln and keep it in S&P500 this will generate $30K a year, while Emerging market corporate or sovereign  bonds ETF almost $80K a year.
I decided to sell all the funds I have and put the money into 4 simple funds:
Vanguard U.S. 500 Stock  Index – expense ratio 0.25%
Vanguard Eurozone Stock Index – expense ratio 0.35%
Vanguard Global Small Cap Index – expense ratio 0.40%
Vanguard Emerging Markets Stock Index - expense ratio 0.40%
It will allow me to balance portfolio between US, Europe and Emerging markets, weighting towards US significantly. All the funds are set to auto invest any dividends I may receive and have relatively low expense ratio. The investment split 50/50 between EUR and USD.
Currently I have no intention to do any active trading or changes at least until I find a better paid job which allow me to earn & save more.  I continue to save what I can, which currently sits at around$500 a month.  Perhaps this could be a safe area to experiment on a small scale. The only obstacle is any transactions have a heavy commission fees attached, which makes it less attractive.
How is your portfolio doing and what benchmark do you use to understand at what point are you towards your goals and objectives?

Posted by Personal Finance at 2:35 AM